The next three acts of the Brexit drama 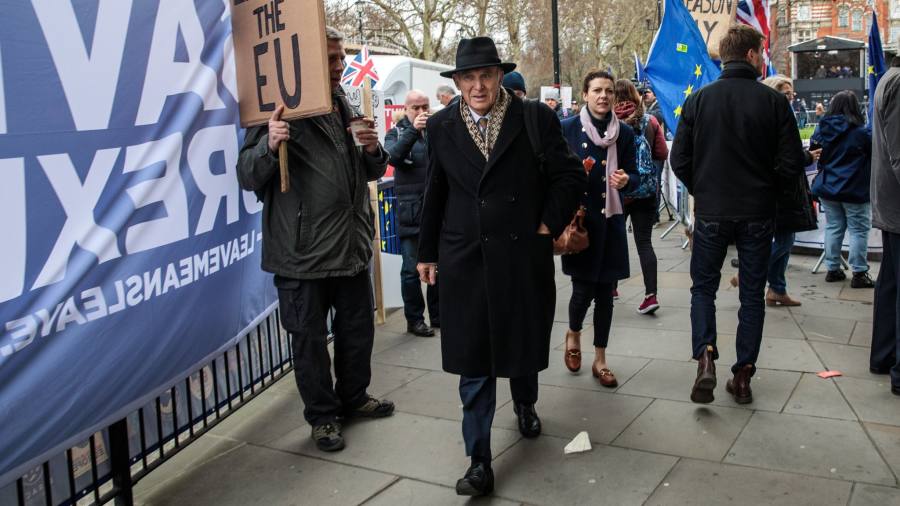 The Brexit drama in Westminster has become a kind of rolling “High Noon”, in which the gunslingers never quite get round to shooting and everyone disappears into the bars instead — until the next set of threats is issued. Thursday was not expected to be the final shootout, which is now scheduled for February 27 or even later, but the government has been humiliated again: even its own anodyne motion was voted down.

The next few weeks are likely to evolve in three distinct phases, much like a three-act play. Act 1 is all about killing off the disastrous outcome of leaving the EU on March 29 without a deal, which remains the default. Parliament clearly rejects that option and has now done so twice — albeit without engaging the legal muscle required to cancel Article 50 should a no-deal Brexit become otherwise inevitable.

The government’s position, and this is recognised by ministers even if not publicly acknowledged, is as absurd as it is dangerous: a threat to crash the UK economy deliberately if it does not get its way. Such threats make their appearance in nuclear war games, in kidnapping dramas and in the children’s nursery. But this one is not credible and not, therefore, credited by EU heads of government, who show no signs of capitulating.

The majority of MPs, whom it is also designed to frighten, are not cowed either. Unfortunately the threats are believed by worried members of the public and by businesses, whose risk registers are flashing red and who are being required to make forward transactions without any certainty on the world beyond March 29.

The curtain on Act 1 should come down on February 27, if not before. A sufficient number of MPs, aided bydissident members of the government, will find a way to block no deal or the prime minister will be persuaded that this rather amateurish attempt at blackmail has become counterproductive.

Act 2, which could prove very short, will revolve around final attempts to obtain some kind of compromise with the EU. It needs to be sufficiently Brexity to persuade the hardliners in the Conservative party and the Democratic Unionist party that a fig leaf over the initial Northern Ireland backstop provides enough cover for their partial retreat; or, alternatively, sufficiently like the European Economic Area (the so-called Norway option) to persuade soft Brexiters that they have achieved “Brexit in name only”.

Unless Theresa May is blessed with extraordinary skills of diplomacy, and even of transubstantiation, she will disappoint one or the other group, most likely both. But the debate between these two incompatible objectives will continue to dominate the political discourse over the next few years if Mrs May does scrape a parliamentary mandate, because we will then proceed from her divisive withdrawal agreement to a final settlement on the UK’s future relationship with our erstwhile partners.

Act 3 begins with the prime minister, centre stage, looking for salvation: the threat of no deal will have been disarmed and her plan will still lack majority support. There are urgent appeals for someone (a deus ex machina) to write in a few more acts but delay for its own sake achieves little. There will remain the option of going to the country by calling a general election — risky but tempting given the helpless Labour leadership — or going to the country with a referendum, which offers a choice between Mrs May’s Brexit deal and the deal we already have as members of the EU.

When the curtain eventually comes down, there will be two likely consequences. The first is some political reconfiguration as bits and pieces of the Labour and Conservative machines, currently held together with string and sticky tape, start to fall off. Whether they can be welded together, working with my party, will be the next big political project. The other effect of all this will be a deep national yearning for reconciliation and rebuilding. Whichever party or combination of parties best captures that mood may well be in power for a long time.